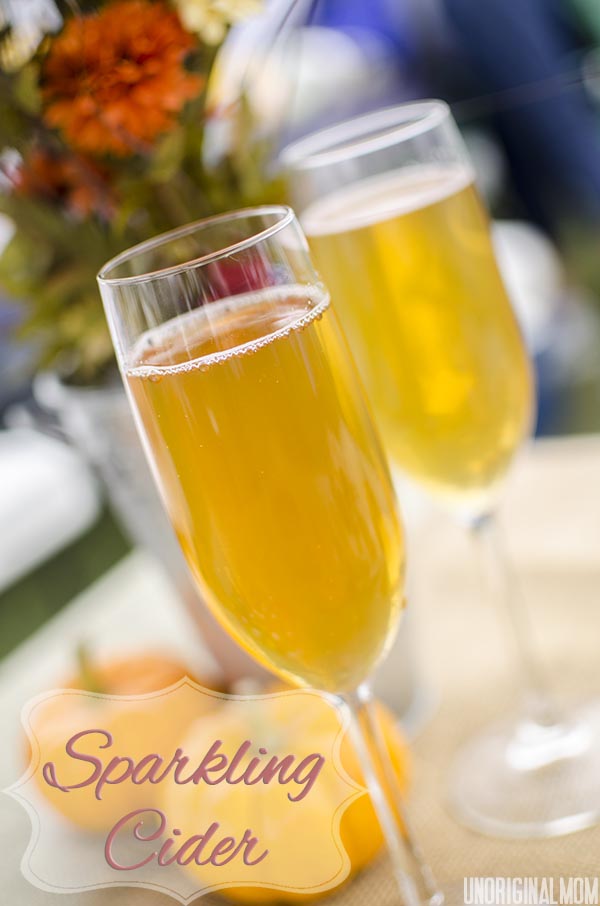 For our tailgate party last weekend, I was originally planning on making hot mulled cider.  That’s always one of our favorite tailgating drinks – I make it the day before to let it simmer for several hours, then just re-heat it on our camp stove at the tailgate.

But since the forecast for the day was in the high 60s and sunny, hot cider didn’t sound like such a good idea.  Instead, I served it chilled and mixed with champagne for a “grown-up” spiked sparkling cider.  It was DELICIOUS!!  I did the same thing I usually do and mulled the cider the day before – I just brought it along in a pitcher alongside a bottle of prosecco (a dry Italian wine). 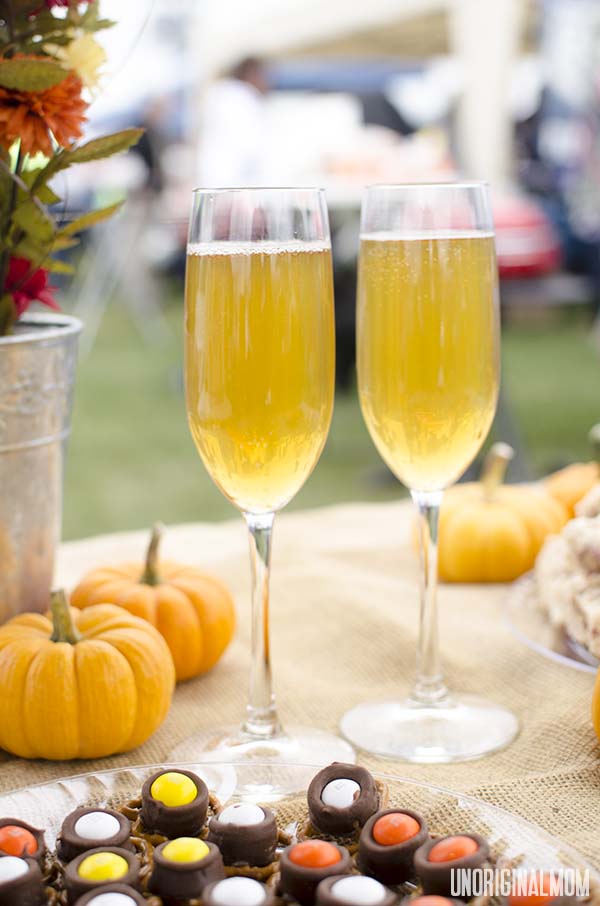 You can use apple juice or apple cider (I used apple juice because it’s cheaper) and mull it with cinnamon sticks, allspice berries, whole cloves, and orange slices.  (If you don’t have a fresh orange on hand, you can use a few splashes of orange juice.)  Then, mix the chilled mulled cider with an equal amount of champagne.  Scroll down for the recipe! 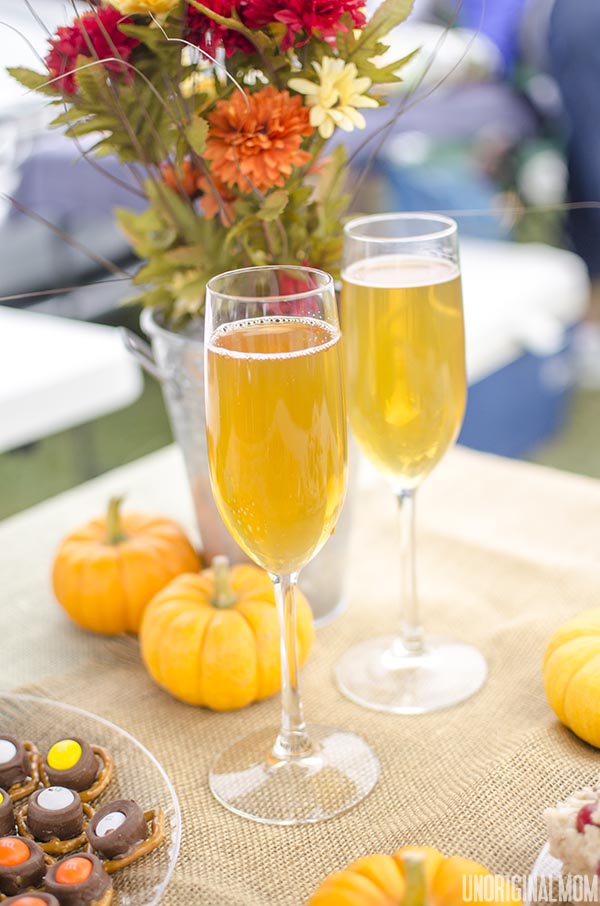 I will definitely be making these delicious cocktails again…and once the weather gets a little cooler, mixing the hot cider with spiced rum is another yummy adult alternative :-) 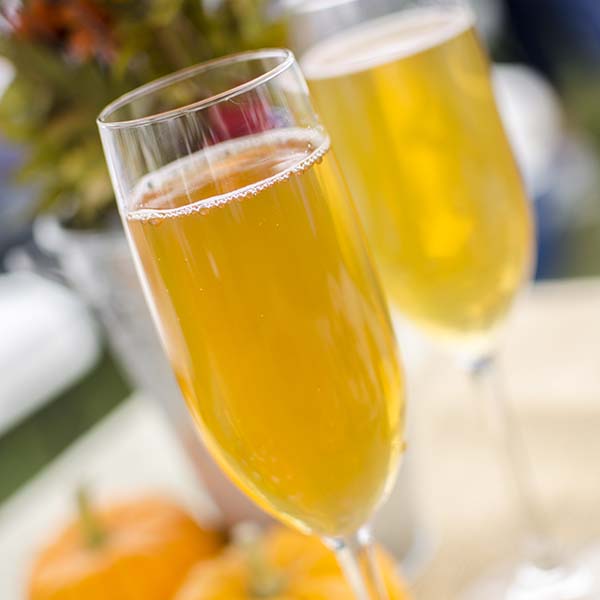